You may need a Prenuptial agreement lawyer if you’re planning on settling down with the love of your life but also want to lay down the ground rules to protect your interest accrued from years of hard work.

From years of experience and training in the practice of family law, contract law and estate planning, prenuptial agreement lawyers help their clients come up with an agreement that protects their properties and finances acquired prior to the marriage.

It is not news for couples upon divorce, to have disagreements on how their financial interests and properties are divided even when the divorce is uncontested. Usually, without a prenup, existing laws on the division of marital properties come into play and depending on your state, the laws may vary.

With a prenuptial agreement in place, such eventualities are catered for so that property, assets and finance, including liabilities (debt) are addressed according to the binding agreement consented to before the marriage.

Prenuptial agreement lawyers also play a huge role in defending their clients in the event that the prenuptial agreement is challenged by one partner during the divorce process. That is why it’s important to have a lawyer handling the entire process so you know your document fulfils the legal requirements to make it enforceable in the court of law.

What is a prenuptial agreement? 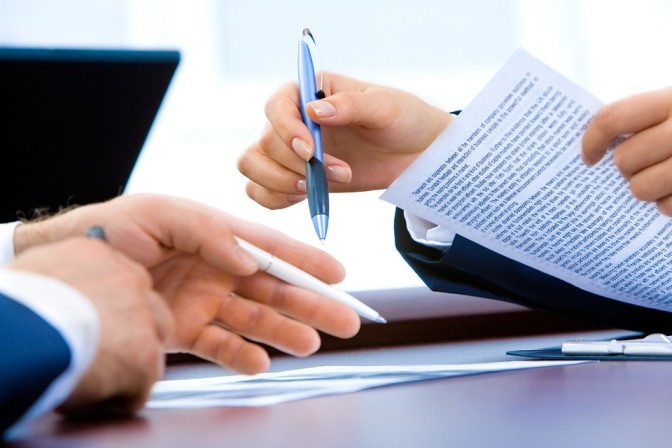 It is a contract that is entered into by a couple prior to marriage that outlines each spouse’s financial and property rights following a divorce. A prenup agreement is important if you need to protect your assets and finances accrued prior to a marriage in case a divorce arises while also not taking on the debt of your spouse.

At the core of every prenup agreement, is a contract, and like any contract, there are rules that must be followed in order to make the document valid and binding on both parties. Also there are some statutory restrictions on what can be in a prenuptial agreement.

In the drafting of a prenuptial agreement, several lawyers specializing in different areas of law may be involved in getting the document prepare. These include:

Business attorneys, as part of their work draft contracts which are enforceable by law. They know what is required by the law to make a contract valid under the law. A contract which is missing key requirements such as agreements, capacity, signatures and legality of the content of the contract may end up being null and void.

That is why business attorneys scrutinize the demands of their clients, advice and draft the content in a way that complies with the legal requirements.

Family lawyers are concerned with the law regarding the family, the rights and responsibilities of every spouse and handles the divorce process to ensure their client’s rights are protected to the full extent that the law allows. Family lawyers handle issues such as property division during a divorce, child custody and alimony.

It must be noted that there are lawyers who have multiple specializations and can handle all the parts of a prenuptial agreement. Most family law firms have lawyers who can handle the entire process so you don’t need to worry about employing the services of multiple lawyers in drafting the prenup agreement.

Do both parties need a lawyer for a prenup?

It is advisable that both parties have a lawyer for a prenup. Since a prenup is essentially a contract, both parties must have it scrutinized by their lawyers who will also explain the implications to them to make sure they know what they’re signing up for. Without this, a prenup could be invalidated by a court following scrutiny if it doesn’t meet the standard.

Can a prenup be one-sided?

A One-sided and unfair prenup may be set aside by a court. Essentially, a prenup must be fair, protect both sides, assented to voluntarily and have both parties come clear regarding all their assets and liabilities.

Is a prenup a red flag?

Can you write your own prenup and have it notarized?

You can write your own prenuptial agreement but it doesn’t need to be notarized. A prenup is essentially a contract and must have the signature of both parties. If you’re writing on your own, it’s good to have a witness also sign on both sides, testifying that the document was agreed and assented to by the parties’ own volition without duress.

However, it is advisable to have a lawyer draft the document and both parties have their attorneys scrutinize the document, explain the consequences for clear understanding before appending signatures.

What makes a prenuptial agreement invalid?

The basics of every agreement are that, each party must know what they’re committing to, clearly know the consequences and benefits and also must be capable and of sound mind when assenting to the agreement. The following are what could render a prenup agreement invalid:

From the aforementioned, it is obvious you need a prenuptial agreement lawyer to ensure the document conforms with the law. Also, each spouse would need to have their own lawyer go through the agreement and raise objections if any, so that all are understand and are aware of the consequences.

It is also important that no partner is pressured, coerced or forced to sign a prenup agreement as this will render it invalid as we have learned.

What cannot be in a prenuptial agreement?

There are some contents that cannot be captured by a prenuptial agreement by operation of law. This is because by law and way of social policy, the law does not allow the parties to decide on those, but a court of competent jurisdiction. Such content include:

There are several other terms that your lawyer is well aware of and would ensure to exclude in the making of the prenup contract so as to make it legally enforceable.

Do you need a prenuptial agreement?

This question can only be answered depending on the specifics of each spouse. The pertinent questions to answer are:

Your answer to these questions will inform whether you need a prenuptial agreement or not. Generally, spouses hate the idea that the marriage could end and some try not to even think about that.

But US divorce statistics show that as many as 630,505 marriages hit the rocks in 2020. While yours may be among the few that survives, the reality is that, it could also be among those that needs severing sooner or later.

It is therefore better to prepare for that eventuality than close your mind to it in the hope that divorce doesn’t come knocking on your door.

Another factor that makes prenuptial agreements more important, is it’s ability to ward off “divorcepreneurs”. These are people who purposely marry wealthy people and later upon divorce, walk away with wealth they didn’t contribute in acquiring. So if you’re a person of substance, it is important to have a prenup secure your assets before getting married.

A prenuptial agreement lawyer is your best bet at coming up with a prenup document that satisfies the legal requirements to make it valid and enforceable, but also fair to both parties.

Contrary to believes that a prenup spells doom for the marriage, it rather gives peace of mind and addresses some of the things that become issues in marriages such as finance, spending and support.

If someone refuses to return your property is it theft?