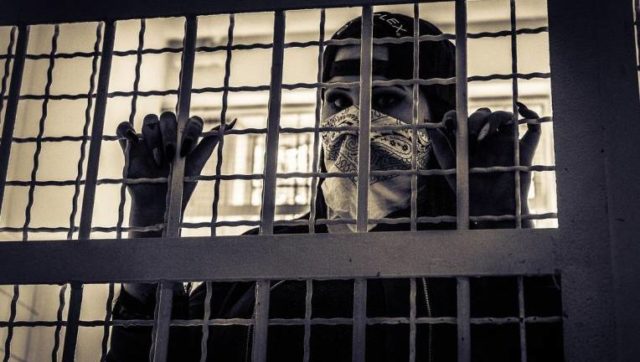 US laws guarantee that a person cannot be held indefinitely without a court hearing and the possibility of bail. But how long can you be held without bond?. In this article, we will discuss the rights of a person in police custody to a bond hearing, the relevant laws and other related topics. Keep reading to know more.

How long can you be held without bond?

Although the amount of time a person can be held without bond varies from state to state, the general rule is that a person cannot be held for more than 72 hours without bond hearing. In most states, however, it must not exceed 24hours.

In California, you cannot be held for more that 48Hours without appearing before a judge according to Penal code 825 which states that: “(1) Except as provided in paragraph (2), the defendant shall in all cases be taken before the magistrate without unnecessary delay, and, in any event, within 48 hours after his or her arrest, excluding Sundays and holidays”

If the police believe that there is enough evidence to charge the person with a crime, they will bring the person before a judge who may set bail. If the person cannot afford to pay bail, they will be remanded to jail to await their day in court.

In some cases, a person may be released on their own recognizance, which means they are allowed to go free without having to post bail. However, this is generally only reserved for non-violent offenses.

Bail is the money that a person must pay in order to be released while they await their day in court. A bond, on the other hand, is posted by a professional bail bondsman who will front the money for bail in exchange for a fee.

In this article, we will use the two terms interchangeably.

How do bail bonds work?

A bail bond is simply a way to guarantee that a defendant will appear in court. It is not an admission of guilt but simply a way to ensure that the person will return for their day in court.

Bail bondsmen charge a service fee also known as premium which can vary from 10 to 15% of the bail amount set by the judge.

READ ALSO:  Jane Roe sued the state of Texas because she wanted what? - Answered

In most cases, bail is set by a judge at an arraignment hearing, which is held shortly after the person is arrested. The judge will consider the severity of the crime, the defendant’s criminal history, and whether or not they are a flight risk before setting bail.

How to bail someone out of jail with no money

Usually, you need money to bail someone, be it paying the entire amount to the court or to secure the services of a bail bondsman. However, it is possible to bail someone out of jail with no money. Below are some steps to take when you have limited or no money for bail.

Since bail is a guarantee given the court that the defendant will appear in court for trial, you can appeal a bail decision and possibly get a person out of jail with no money if you can convince the judge that the defendant is not a flight risk. It also helps if the nature of the crime was non-violent.

Bail is fully refundable, therefore if you don’t have the money in hand, you can borrow money from family and friends or whatever lender available and return the money when refunded. If you choose this path, consider the interest lenders charge on the loan amount.

While this option is not free, you will only need a fraction of the bail amount which is paid as a non-refundable premium to a bail bondsman in order to secure the bail.

Why would someone be held without bond?

There are several reasons why a judge may choose to deny bond, including:

If the judge denies bail, the defendant will remain in jail until their trial date. In some cases, the judge may set a bond later if the defendant can show that they are not a flight risk or a danger to the community.

If the defendant is held without bail, it may be possible to get them released on their own recognizance. This means that they will be released from custody but will be required to appear at all scheduled court hearings.

READ ALSO:  Can you go to jail for self defense?

The defendant may also be released on a personal recognizance bond. This is a type of bond in which the defendant does not have to pay any money upfront, but they will be required to sign an agreement promising to pay the court if they fail to appear for their court hearings.

If the defendant is unable to get released on their own recognizance or a personal recognizance bond, they may be eligible for a public defender.

An appeals court will review the case and decide whether or not to uphold the judge’s decision. If they believe that the bail is too high or that there is no reason for the defendant to be held without bail, they may lower the amount or release the defendant on their own recognizance.

The appeals process can be lengthy, so it’s important to have an experienced attorney by your side if you choose to go this route.

If bail is set at an affordable amount, the defendant or their loved ones can pay the full amount to the court in cash.

The defendant will also be required to sign an agreement promising to pay the bail bondsman back if they fail to appear in court.

In some cases, the court may set conditions of release in addition to bail. These conditions are designed to ensure that the defendant will appear in court and not commit any new crimes while they are out on bail.

Some common conditions of release include:

If the defendant violates any of these conditions, they may be subject to additional charges and their bail may be revoked. This means they will be taken into custody and will have to await their trial date in jail.

READ ALSO:  What does JD stand for? - JD meaning, history, use in law

What Happens After Bail is Paid?

If the defendant fails to appear in court, a warrant will be issued for their arrest and they will be subject to additional charges.

Do you get bail money back?

Yes, whether your case leads to a conviction or an acquittal, you get bail money back in full if you paid it by yourself. If you used the services of bail bondsman, they will get back the money they paid to the court but you won’t receive a refund of the service fee you paid them.

However, if a defendant jumps bail, they will forfeit the entire amount of the bail, given they paid with their own money or owe the entire bail amount if they used the services of a bail bondsman.

The Outcome of a Criminal Case

The outcome of a criminal case will depend on the specific facts and circumstances of the case, as well as the defendant’s criminal history.

In some cases, the prosecutor may offer the defendant a plea deal. This is an agreement in which the defendant pleads guilty to a lesser charge in exchange for a lighter sentence.

If the case goes to trial, the jury will decide whether or not the defendant is guilty of the charges against them. If they find the defendant guilty, the judge will impose a sentence.

The sentence will vary depending on the severity of the crime and the defendant’s criminal history. In some cases, the defendant may be sentenced to probation instead of jail time.

If the defendant is found not guilty, they will be released and their bail will be refunded.

In answering the the question “How long can you be held without bond?“, we have come to know that a person can be held for up to 72 hours without bond depending on the state, how a defendant can meet the bail conditions and how the services of bail bondsmen come into play when securing a bail.

What is 1st, 2nd and 3rd degree murders?

How many times can you violate probation?

Can I sue someone for recording me without my permission?