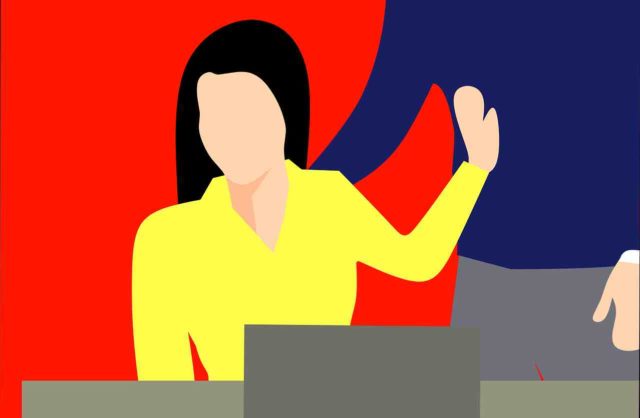 Work-related behaviors such as Quid Pro Quo harassment can create a hostile work environment. Perpetrators quickly cover up such behaviors if the victim’s knowledge of the topic is limited. Therefore, it is crucial that you’re informed on what constitutes the offense and what legal avenues exist for victims to seek justice.

In this article, we will discuss quid pro quo harassment, examples of acts and behaviors that constitute the offense, and the legal provisions. Read on for more details.

It is a Latin term which means offering something in exchange for something else. Just like barter where one person offers something of value and receives a different item of value.

What is quid pro quo harassment?

It is a sexual harassment which occurs when an authority in the workplace, like a manager or supervisor, explicitly or implicitly threatens to dismiss or punish an employee for declining to engage in sexual activity of any sort with them.

Examples of threats a victim may face, among others, include:

Such behavior at the workplace is predatory, unhealthy, and amounts to a violation of a victim’s human rights under the Title VII law.

It occurs when an authority at work, such as a manager or supervisor, implicitly or explicitly demands sexual favors of any sort in exchange for work related favors. Such benefits or favors can include:

READ ALSO:  What does JD stand for? - JD meaning, history, use in law

The Equal Employment Opportunity Commission (“EEOC“) is responsible for receiving complaints. Victims of both QPQ harassment and QPQ sexual harassment are required to file a charge with the EEOC as soon as the harassment begins.

There is a 300-day statute of limitation on filing charges, and victims must therefore report quid pro quo harassment incidents within the stated days to seek redress under the Title VII law.

Following a complaint, an investigation will commence and upon completion, a final report will be released. If substance is found in the claim, a victim will be able to take civil action against the employer for compensation.

Will I be fired if I file a complaint for quid pro quo harassment?

Once a complaint is filed, the law provides protection for the employee against retaliation by the employer. Only a truly clueless employer would retaliate, in which case, your case becomes even mightier.

Retaliation will also count as wrongful termination which spells more trouble for the employer. The law encourages you to file complaints, testify as witness in sexual harassment cases, intervene to stop sexual harassment in the work place without fearing retaliation.

There are several workplace behaviors that are quintessential examples. These include:

Many work related incidents may bear some semblance to quid pro quo harassment but may not in fact be so.  It is important that you are aware of some of these things as you try to navigate the complexities of workplace relationships. A few examples of what doesn’t count as Quid pro quo harassment are:

READ ALSO:  How do you take power of attorney away from someone?

A hostile work environment is created when a boss or superior, co-worker, contract worker, or any employee at work makes unwanted, inappropriate comments, sexually suggestive gestures, or advances that are sexual, causing the victim discomfort. The act must be pervasive and severe to be classified as such.

Working in a hostile environment can be very challenging and has the possibility of affecting even your performance at work and the quality of life in total. It is therefore important that you are aware of such acts and what is required of you as a victim. Acts that create a hostile environment may be explicit or implicit and can include:

An act(s) must have been severe and pervasive to create a hostile environment. In contrast, Quid pro quo harassment can arise out of a single action, e.g., when employee benefits are offered in exchange for sex.

Also, any employee at work can create a hostile environment, not just superiors. On the other hand, Quid Pro Quo sexual harassment arises as a result of a superior making sexual demands in exchange for benefits or effecting or threatening to affect punishment for refusing to grant sexual requests.

Again, in proving a hostile work environment claim, it must be shown that an employer failed to respond to complaints and prevent further acts of harassment from occurring after being informed. In contrast, a QPQ harassment claim must prove that the demand or threat occurred from a superior, that the victim suffered damages such as harm to career advancement and that it created a hostile environment.

Quid pro quo harassment and hostile environment at work are endemic. The law provides avenues for victims to seek protection and compensation for the damages caused by this work-related behavior. If you’re a victim, contact your attorney and discuss the way forward.

YOU MAY ALSO LIKE ⇓
⇒ If someone refuses to return your property is it theft?
⇒ Assault definition, degrees of assault and sentences
⇒ Gross sexual imposition meaning and penalty
⇒ Aggravated Vehicular Assault meaning and sentences

The contents of this page are for informational purposes only and doesn’t constitute legal advice.

If someone refuses to return your property is it theft?